Advice for client after having fillers

Hi, I don't know very much about Botox & fillers etc but one of my clients that came in today for a lash infill told me she'd had a bad experience having fillers in her nasolabial area.

She was quoted £150 for this, although on her website it said between £150 and £250, depending on how deep they are. My client had said they aren't too deep. The woman said it would be £200 with lip filler too, my client said she doesn't want that done so was told it'd be £150.

When she had them done the woman asked her to have a look in the mirror and see which side she'd like a bit more in, my client said her left side, the woman then added more to the right, when my client queried why she'd done this she said 'that's because it's a mirror image' my client knew that wasn't right.

She asked if she could even them out as she wasn't happy but was told it would be another £200!

My client is really unhappy with her treatment and experience, the results appear uneven (I will attach a picture) but she isn't sure what to do about it, she doesn't want to ask the woman to fill the other side again as she's worried she might be annoyed and not do a good job again, she's also worried about infections etc as the woman hadn't cleansed her skin prior to injecting her! [emoji15]

She also doesn't want to do nothing as one side of her face feels tighter than the other.

Any advice that I can give her? I have no experience of Botox/fillers so I can't really advise her. I said I'd ask you lovely people on here 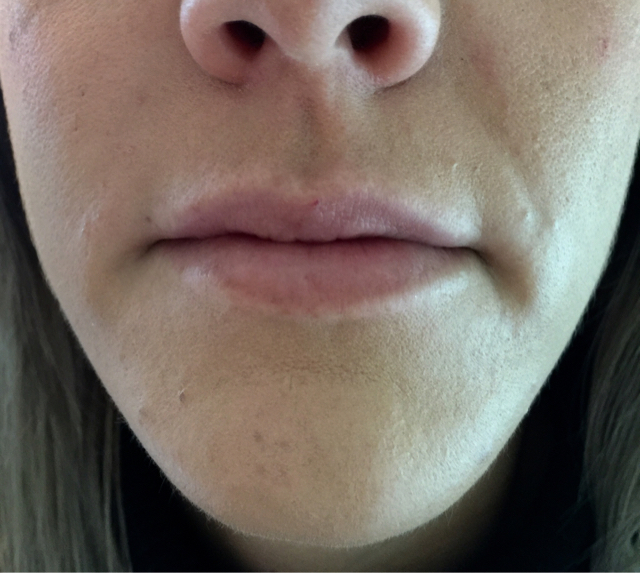 Refer her to the GP?

It's a medical procedure and should only be carried by qualified medical professionals so if she's at all concerned, she should speak to her GP in the first instance.

Ok, I hadn't actually thought of that [emoji53] I'll suggest this to her. Thank you

I'm no expert, only from experience with a Dr who was also a surgeon throughout his career.
If you put to much filler in the folds you also run the risk of it being far to heavy and will cause marionette lines...which is starting to happen already. She'll also run the risk of a flat face, tell her to go to her GP he/she may refer her to another surgeon who can nutrilise the filler, however, depending on the filler this woman used it may not work I'm afraid

If she used Restylane or Juverderm she should be OK, these are temporary fillers, a softer filler that slowly wears off after 6-12 months but CAN be nutrilised instantly with s counteracting injection.
If a permanent filler is used she'll just have to ride it out, these can't be dissolved.

The trouble now, there are so many places offering mini courses but only the basic areas that any Tom Dick or Harry and have a bash at.